A Look at Earth Friendly Materials and Why They Matter

Earth friendly continues to be a buzzword frequently uttered within the construction industry. What exactly are earth friendly materials, and why do they even matter? At Mike Sikora’s Dayton Home Improvement, they strive to provide you with the materials that can better work with your needs while still being the best for the environment.

What are Earth Friendly Materials?

There is no hard and fast definition when it comes to earth friendly materials. In some instances, construction materials are made from recycled elements that reduce the amount of new materials that must be used. In other cases, these materials might help a homeowner save money on their construction costs or utility bills throughout the lifetime of their home.

Mike Sikora’s Dayton Home Improvement uses siding for a number of different reasons. In addition to its superior insulation ability, siding costs less to manufacture and requires only a small amount of energy to make so that it uses fewer of the earth’s resources. This building material is also lighter when compared to some other types of building materials, making it less expensive to transport from the plant to the warehouse and then to the job site. Vinyl siding is one of the most common materials used on homes today and is almost always used on those homes that are built to be sustainable.

By using colored shingles that are designed to reflect the sun, Mike Sikora’s Dayton Home Improvement can increase the energy efficiency of each home they work on. Because the shingles are colored, homeowners can have a roof that suits their decorative desires without compromising energy efficiency.

So much of being earth friendly is wrapped up in reducing the amount of energy that is consumed. A homeowner can significantly reduce the amount of energy use that is generated by their home by choosing new windows. Dayton Home Improvement – Mike Sikora uses only windows that are designed to save the homeowner money in energy costs. Each window is made of two panes of glass with an air space in between. This helps keep the home cooler in the summer and warmer in the winter by reducing drafts and the loss of hot and cool air.

With today’s earth friendly materials, a homeowner can improve the look of their home while also increasing its energy efficiency. Contact Mike Sikora’s Dayton Home Improvement today to learn how they can help.

Income tax day is just a month away and, if you’re like most of us, you’re scrambling to get your paperwork in order and uncover any deductions you might have missed. If you’ve been making energy-saving improvements to your home this past year, there’s a set of tax credits you may have missed. The 25C tax credits that were allowed to expire at the end of 2011 were reinstated at the end of 2012, and made retroactive to January 1, 2012, as a part of the “fiscal cliff” package. That means if you purchased and installed qualifying home improvements last year, you could qualify for up to $500 on your 2012 tax return.

What Are the 25C Tax Credits?

The US government is offering homeowners a tax credit of up to $500 for qualifying home improvement made to their primary residences during 2012. This includes money spent on materials and, in many cases, installation.

A variety of products are included in the program, including Energy-Star rated exterior windows and doors, insulation, central air conditioning systems (maximum credit $300), heat pumps ($300), water heaters ($300) and furnaces ($150). Not all models qualify. It’s a good idea to consult a heating and cooling specialist to see if your purchase qualified you for the credit.

One caveat to keep in mind: the energy-saving tax credits are cumulative, so if you claimed the $500 deduction in previous years (back to 2006,) you won’t be able to claim it again.

How Do I Claim the 25C Tax Credits?

Claiming the 25C energy tax credits is easy. You simply complete IRS Form 5696 and submit it with your 2012 federal income tax return. The credits will be automatically added to your refund (or deducted from your tax obligation.) It’s that easy. Of course, you’ll need to save your receipts for the improvements just in case you’re ever audited.

By the way, if you failed to make the necessary green improvements last year to qualify for the 25C energy saving tax credits, don’t despair. The program is in place through December 31, 2013. That might just be a good way to use your tax refund check this year.

Send an email to
nickrohler@msdhi.com.

Schedule a FREE
in home consultation. 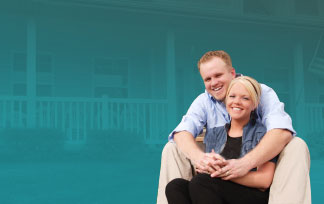 We offer solutions to help with the financing of your home improvements.

“It was a pleasure doing business with you from planning to installation. I appreciate the fact that your crew was on time and stayed until the project was completed. I am 100% satisfied with the service I received.”

Dayton Home Improvement is well aware of the need to produce energy-efficient, cost-effective homes, and as a result, we carry an array of attractive, Earth-friendly products.

LOOK AT OUR AFFILIATIONS